by Megan Power (@Power_Report) As a young newspaper reporter, I never grew tired of seeing my words in print. That is, until the day I saw them damp and dirty, lining a bird cage. It was a humbling moment — but an invaluable one.

You soon learn in print media that today’s news wraps tomorrow’s fish and chips; that you really are only as good as your last story. The world moves on, a new day dawns. And the budgie cage is graced with someone else’s work.

Living in a bubble

Now it’s digital content, released and refreshed minute by minute to huge and critical audiences, where more often the power, influence — and longevity — lies. From Twitter to Instagram, Facebook to YouTube, news organisations, brands, and individuals exploit these platforms to share content, messaging, promote goods and, inevitably, shape conversations. It’s where everyone wants to be. But, if brands play in this pool of perpetual content, intruding daily into people’s lives, they need to beware of living in a bubble.

Good reporters have long been separated from mediocre ones by their innate “nose for news”. I call it simple curiosity. Reporters with no genuine interest in what’s going on around them, who’s doing what, who’s saying what — and why — are unlikely to stumble across anything extraordinary. Or even know what extraordinary looks like.

Marketers and communication professionals don’t need to be newshounds but they would do well to start thinking more like them. Many, thankfully, already do. At one large digital agency, where I regularly present on this issue, everyone from young social media “community managers”, mid-weight creatives, copywriters and senior account managers is looking and responding to things through a richer, and more-enquiring, “newsroom-type” filter.

It goes beyond knowing about the latest political scandal, trending viral video or celeb gossip. It’s about being in tune with what’s upsetting, exciting, appalling, thrilling, and inspiring ordinary people. It’s about what just happened in their world that changes their view, even if just for that day. It’s into this ever-changing, emotion-driven environment that messages land, and it’s this context that frames how people respond.

Life, views and allegiances change in an instant, and it’s amplified by the speed, and often the sheer brutality, of social media. So, that brilliant campaign perfected over the last three months should be assessed right up until a few hours before launch. Messaging that worked just an hour ago could now be disastrous.

If marketing and advertising aren’t constantly tested against the changing environment they’re operating in, they risk alienating their audience, coming across as inauthentic, out of sync, and invariably tone deaf. Yet it’s not just the stuff to avoid that matters. If you keep your head in the sand — engaging only people and ideas that fit into your own worldview — you miss golden opportunities to add value, join important conversations, and nail your colours to the mast. Or just have fun.

Knowing when and how

But it’s about knowing when and how. US pizza brand, DiGiorno (my favourite case study in flippancy), had to issue “a million apologies” a few years ago after it misread a trending hashtag. After footage of a top US sportstar punching his then-fiancee in a hotel elevator went public, thousands of women responded by sharing their stories of domestic abuse on Twitter, using the hashtag #WhyIStayed.

DiGiorno, not bothering to check the context, quickly jumped on the bandwagon with:

The brand took such a knock, it shut down its account for three weeks.

Not nearly as outrageous but equally careless was a marketing mailer from luxury homewear, Weylandts, which landed in my inbox during a week of rolling national blackouts. Boasting the header “Light it Up”, followed by “… see your room in a whole new light”, the mailer’s timing couldn’t have been more off.

It was wholly inappropriate; the kind of ill-timed marketing that damages goodwill. If I could have smashed a pendant lamp (preferably over the retailer’s head) as yet another few hours of loadshedding were about to kick in, I would have. Had Weylandts marketing team been on some remote island that entire week? No, just nobody had bothered to assess the scheduled mailers for context. 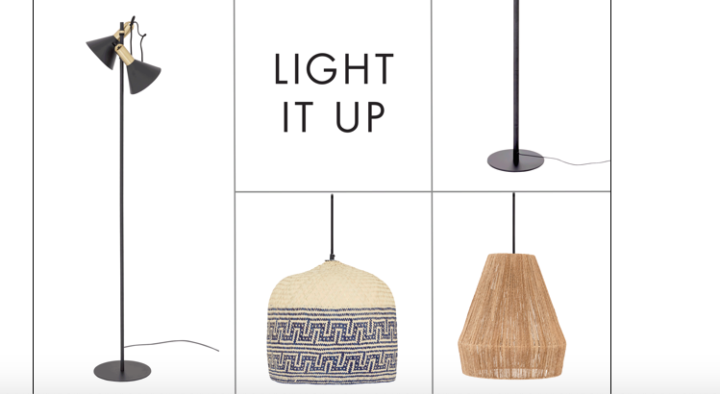 I recall Ford putting out a routine marketing tweet at the same time Kuga models in South Africa were inexplicably bursting into flames, already having led to the tragic death of a motorist. It promoted smart technology that allowed a car to “talk” to drivers. Would it tell them if their cars planned to spontaneously combust, some owners wanted to know?

Ford’s marketing, at a time it was accused of reacting too slowly to the crisis engulfing it, displayed an emotional intelligence as crippled as its Kugas.

And let’s not get started on the blunders routinely made around race, gender and religion. I’m not suggesting being “woke”; simply being awake would do.

There’s so much emphasis these days on being cutting-edge, pioneering and disruptive. But without inquisitiveness, attentiveness and empathy, innovation won’t matter. Lack of curiosity is far more likely to kill the cat.